NMDA receptors are key targets for many brain and CNS disorders. Aptinyx is focused on developing novel product candidates in the areas of neurology and neuropsychiatry. 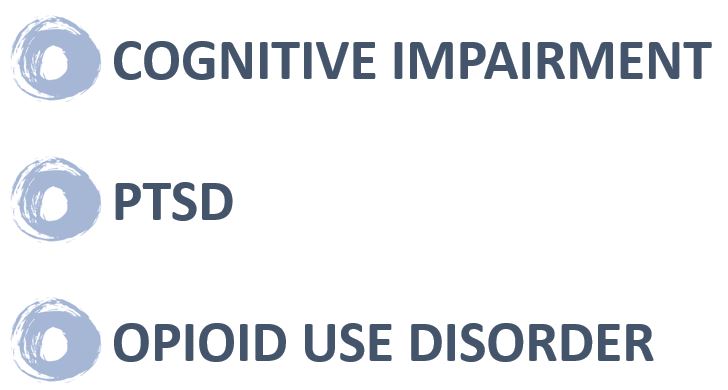 Cognitive impairment affects half of the approximately one million people living with Parkinson’s disease in the U.S. Parkinson’s disease dementia (PDD) and dementia with Lewy bodies (DLB), two forms of progressive dementia that lead to a decline in a broad spectrum of cognitive and functional abilities, comprise 15 to 25% of newly diagnosed dementia patients.

Both Parkinson’s disease and dementia with Lewy bodies share a common disease pathology, believed to be caused by increased levels of alpha synuclein in the brain. Increased alpha synuclein levels has been associated with reductions in NMDA receptor expression and activity. Given the importance of NMDA receptor activity on cognition, memory, and learning, we believe NYX-458 – through enhancing NMDA receptor activity – has the potential to address declines in cognitive function in these patients. 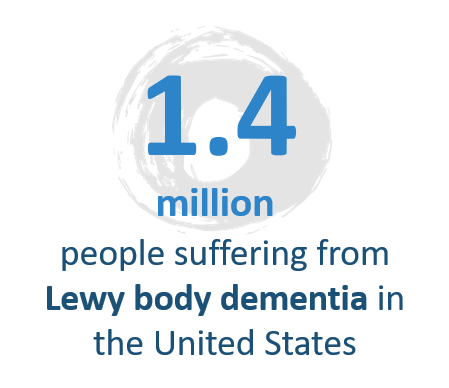 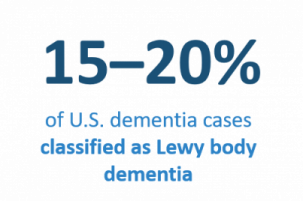 Approximately twelve million people in the United States suffer from PTSD. PTSD results from a traumatic experience and is characterized by intrusive memories, hyperarousal, withdrawal, and negative changes in cognition, mood and sleep. PTSD can result from various forms of trauma, including combat exposure, car accidents, sexual or other physical assault, abuse, natural disasters, and others. The lifetime prevalence of PTSD is approximately seven percent in the general population but is much higher in populations at risk for exposure to trauma, such as military service members and first responders. In addition to the challenges associated with the direct symptoms, PTSD sufferers have a higher rate of suicide and often struggle with simultaneous addiction, leading to an even greater social and economic burden. Available therapeutic options are limited, including only two approved conventional SSRI antidepressants, which have limited efficacy, undesirable side effects, and target only the symptoms of PTSD, not the underlying disorder. 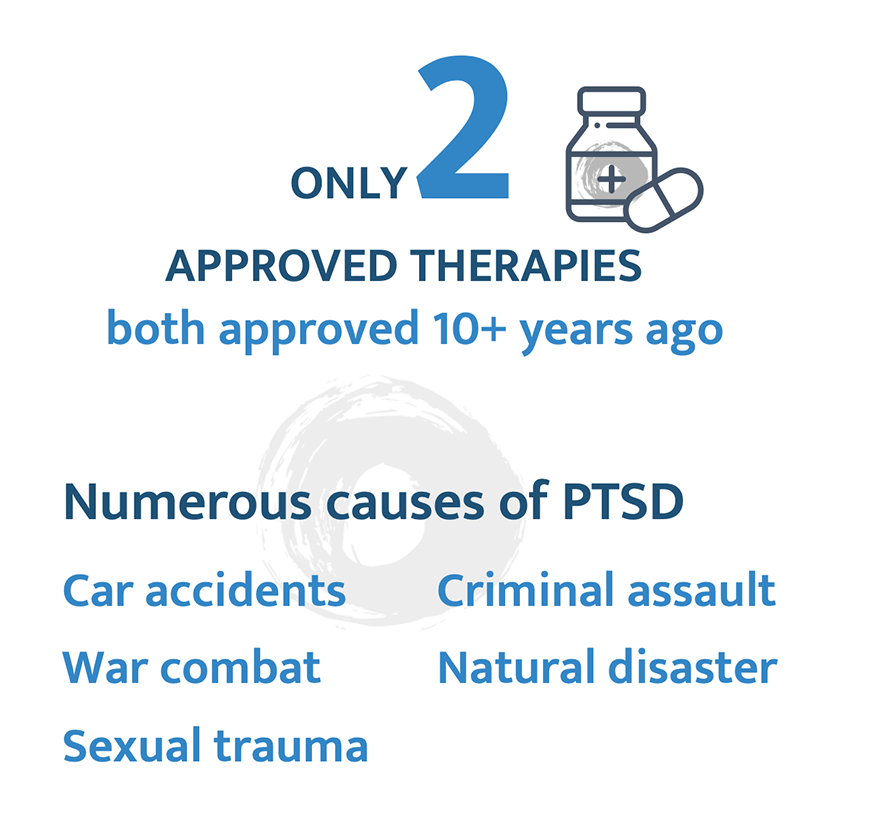 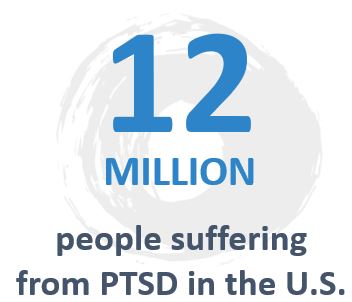 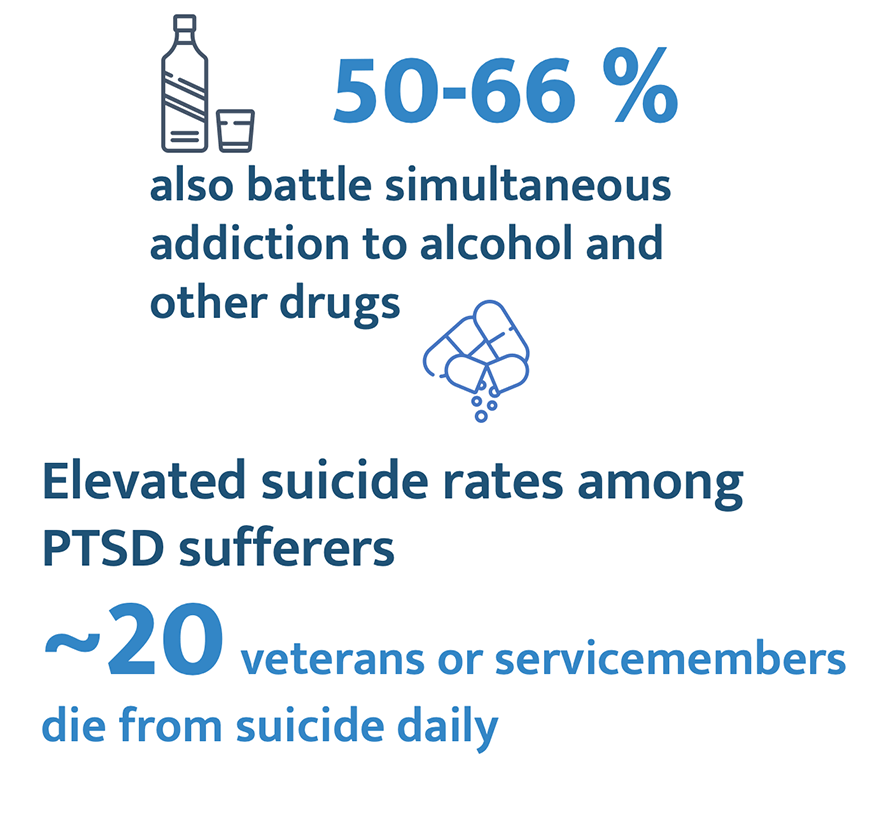